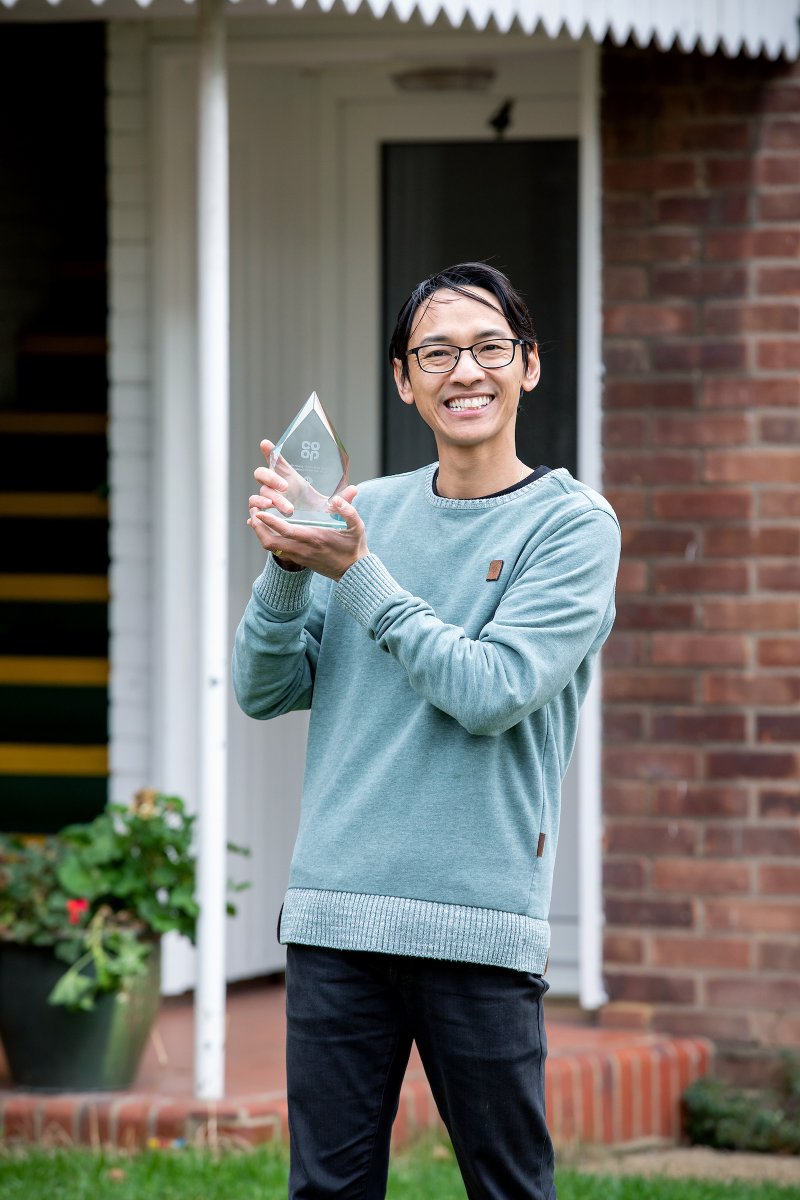 Andy Hoang from Kingston Upon Thames in Southwest London has been crowned as the regional winner in the UK’s Neighbour of the Year Awards, hosted by Co-op Insurance and Neighbourhood Watch. Andy set up a group to save food from going to waste in his community and uses this waste food as a way to bring people together regardless of their means.

Andy Hoang, 42, has had a huge impact on the Kingston Upon Thames community. Andy’s parents fled the war in Vietnam and moved to London where he was born in Woolwich in 1980 - growing up the son of refugees, he has always hated food waste. In 2020, Andy started using OLIO’s Food Waste Hero programme - which picks up unsold surplus food from businesses to save it from going to waste. Following this, he started volunteering with local charity Angels of the Hood, which collects surplus food from supermarkets and distributes it to local families. He also set up a WhatsApp group that coordinates a weekly collection of unwanted goods from local supermarkets and arranges for them to be distributed in the local community - the WhatsApp group has now grown to over 100 people. Every week, the group saves 1000s of pounds of food going to waste and feeds hundreds of families. Over the Christmas period he, along with the Angels of the Hood community saved over £20k worth of food from going to waste and helped feed over 100 families using food that would have otherwise been wasted.

A few years ago, Andy set about bringing the neighbours together, by inviting everyone to have a picnic and since then he organises regular neighbourhood barbecues and small gatherings to keep the community together - a proactive initiative which has given his neighbours the chance to interact and support each other throughout the last two years.

Andy’s compassionate and considerate manner has truly brought the community closer together, as he continues to offer a helping hand to those around him. Andy is known for volunteering to do chores around the house for his neighbours, including mowing their lawns, helping with maintenance issues, offering lifts to those who do not have their own transport, as well as shopping for groceries for those shielding or unable to leave their homes throughout the pandemic.

Andy Hoang said: "I am so happy to have won the Neighbour of the Year Awards in Southwest London - it was such a surprise! I love my community and I wanted to help out wherever possible. I’m so glad that I could help people who needed it, even if it was only small."

Natasha Reid, Andy’s neighbour who nominated him adds: "I am so proud of Andy and how he has stepped up to help members of the community during a particularly challenging time. He is so thoughtful and generous with his time, and I look forward to seeing what he does next."

Charles Offord, managing director of Co-op Insurance, said: "The number of entries we have received this year was amazing to see. It’s clear that so many people are doing great things with their neighbours, and Andy really stood out and can be very proud of the work he has accomplished. It was heart-warming to read his story and all the incredible acts of kindness of people all over the UK."

John Hayward-Cripps, CEO of Neighbourhood Watch, said: "We are thrilled to crown Andy as our Neighbour of the Year Awards winner in Southwest London. His hard work and passion for helping his community shone through and we hope his work will inspire many other people to get out in their community and make a difference."