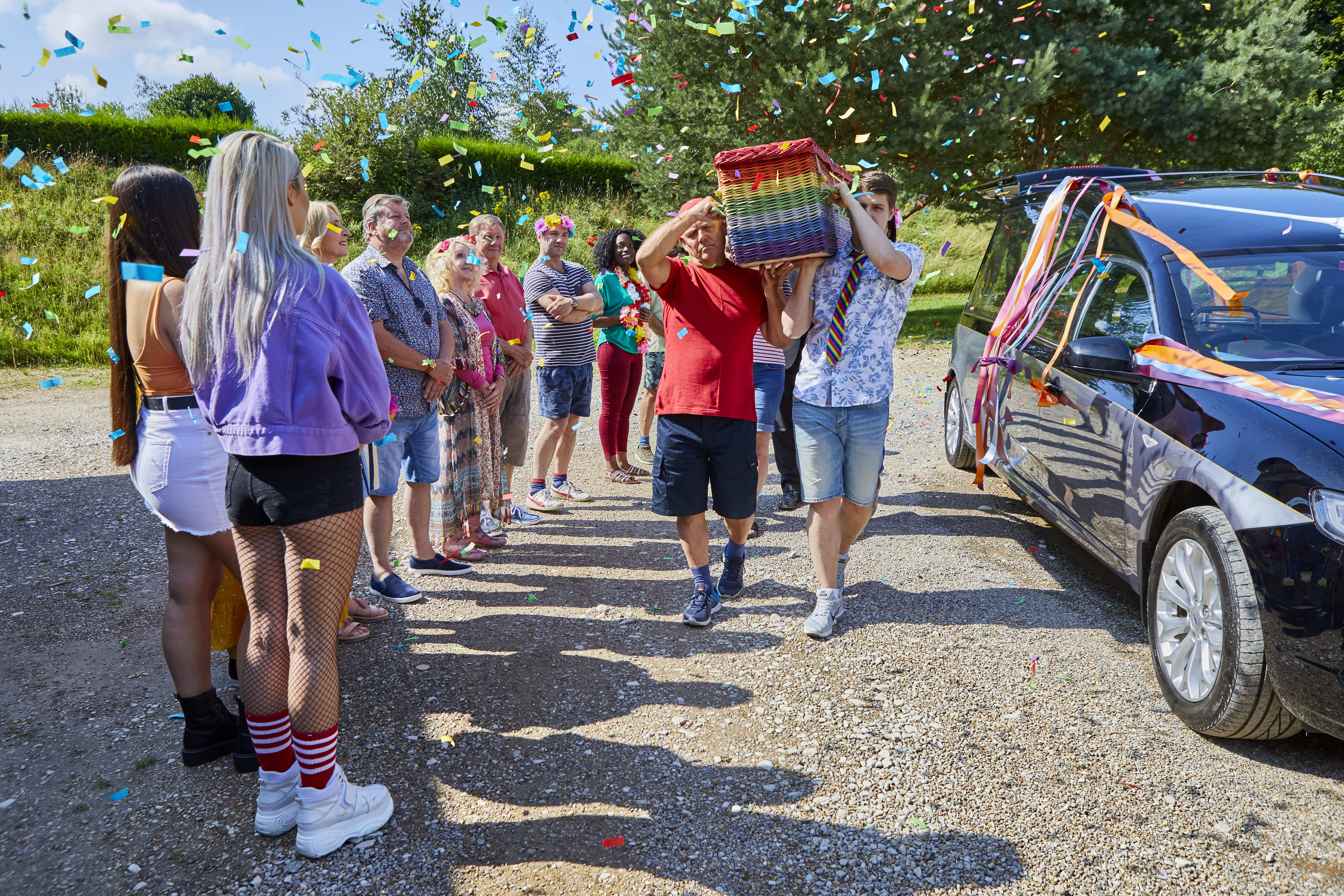 The traditional, religious funeral is on its way out, according to the UK’s largest funeral trends report from leading funeral director Co-op.

Based on insight from its funeral directors from over 500,000 funerals conducted in the last five years and the views of 4000 British adults, the report reveals what’s hot and what’s not when it comes to funerals.

Only one in ten people would choose a traditional, religious service. Over one in three (36%) want their friends and family to have a get together to celebrate their life as opposed to a traditional service, whilst a third (33%) don’t want any fuss made at all.¹

Supporting the view that the traditional service isn’t set to last a lifetime, more than two fifths (44%) of people think funerals will become more informal in the future and a fifth (21%) see the wake as becoming more significant than the funeral service itself.

This expectation from the nation holds true as insight from the Co-op reveals a staggering shift towards direct to cremation, a less conventional style of funeral. Now, one in 25 funerals arranged by Co-op are of this ilk, showing that less people are choosing traditional services and more are opting for the David Bowie inspired send-off.²

In response to this non-traditional goodbye taking off, the way we commemorate and celebrate those who’ve passed is changing.

Four fifths (82%) of funerals conducted by Co-op are now cremations and whilst burying ashes in the ground of a crematorium is still the go to for over a quarter (28%) of adults, Co-op’s insight shows a shift in more people opting for unique ways when dealing with a loved one’s ashes. In the last year people choosing to put ashes into jewellery keepsakes has increased by a fifth (21%) with most popular choices being tribute rings, paperweights and pendants.

Scattering during a skydive, reaching heights through a firework and steaming through the atmosphere via the furnace of a train are some of the most unique ways Co-op’s funeral directors have known families pay tribute to a loved one.

The location we remember late loved ones is now more important than many traditional elements that make up a funeral.

In the last five years, the use of pallbearers to carry coffins has dropped by four fifths (78%). Requests to arrange obituaries have declined by over a third (37%) and asks for traditional limousines have declined by a sixth (16%).

Meanwhile, the destination funeral has taken off. Three quarters (77%) of Co-op’s funeral directors say requests for ceremonies to take place outside of traditional religious settings have increased.

A zoo, cattle auction house and a teepee make up some of the most unique funeral destination requests according to Co-op’s funeral directors. Other popular choices include the deceased’s back garden and golf courses.

Yet two fifths (43%) of adults said they didn’t know such a thing was even possible. When given the option of a non-traditional funeral destination, a fifth (19%) said they would consider having their send off in the countryside. A sixth (15%) would consider their favourite beauty spot and a seventh (14%) would consider to have their final farewell on a beach.

Top 10 up and coming destinations for Brits’ funerals

Further evidencing that the traditional funeral will soon be a distant memory, over four fifths (86%) of Co-op’s funeral directors say that people are more open now to unique and personalised aspects of funerals than they were five years ago.

Three quarters (74%) have had requests for uniquely personalised floral tributes with some of the most unique including a packet of Werther’s Originals and a 3D lion’s head. Two thirds (64%) have been asked to arrange a personalised coffin, with examples including rainbow colours, football team crests and leopard print.

A third (31%) have tailored entire funerals around a deceased’s hobby, from football to ballroom dancing and everything in between, whilst a sixth (15%) have arranged a super-hero themed funeral.

When it comes to funeral fashions, in the last 12 months, over four fifths (84%) of Co-op’s funeral directors have arranged a funeral where mourners wore bright clothing and half (48%) have even known mourners to dress in jeans and tracksuits.

Despite this, evidence showing a rapidly changing landscape for funerals, almost half (45%) of British adults who have thought about their funeral haven’t done anything by way of sharing their wishes with anyone and less than a tenth (7%) have put their wishes in a funeral plan.

“The funeral sector is rapidly changing. Whilst 16.5 million of us still feel uncomfortable talking about death, we’re clear on what we want and in the majority cases, it’s no longer a traditional funeral service.³

“Our funerals represent the unique life an individual has lived. More so now than ever before we’re seeing requests for wonderfully personalised ceremonies, whether that be on the eighteenth hole of a golf club, or having a pet dog present on the day. The choices are endless and so it’s absolutely crucial that people make their wishes known to ensure they’re not missed.”

“Personally, I’m not a fan of a ‘suited and booted’ funeral. I’ve been to ones where there has been a ‘knees up’ feel and that somehow seems to make the family feel more at ease.

“I think it’s only right that we get to choose how we exit this world – whether that be in a firework, in bright colours or dancing around with our loved ones.”

¹ Total sample size was 4186 adults. Fieldwork was undertaken between 9th - 11th July 2019. The survey was carried out online with YouGov.Plc. The figures have been weighted and are representative of all GB adults (aged 18+).

² Co-op is the UK’s largest national funeral provider, with over 1000 funeral homes, conducting 100,000 funerals annually. This report is compiled of Co-op’s own business data from 2014 to date and insight from Co-op’s funeral arrangers and directors between June and July 2019.

³ Total sample size was 2072 adults. Fieldwork was undertaken between 5th – 7th July 2019. The survey was carried out online. The figures have been weighted and are representative of all GB adults (aged 18+).