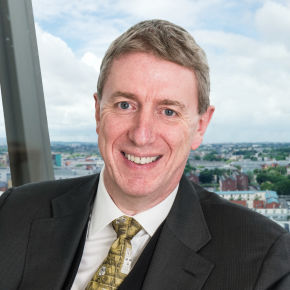 Appointed as an Independent Non-Executive Director on 14 November 2014.

Simon was previously an Independent Non-Executive Director for the Group's subsidiary, Co-operative Food Holdings Ltd. Simon was appointed Chair of the Group Risk and Audit Committee on 25 June 2015.

Simon is a Chartered Accountant and is currently Chairman of Bakkavor Group Plc, The Light Cinemas (Holdings) Limited and Blue Diamond Limited. Simon is also a Trustee of the Charlotte Fraser Foundation. Simon was previously Chair of Majestic Wine, BathStore and Hobbycraft, and CEO for Virgin Retail, Virgin Cinemas and Virgin Entertainment Group.