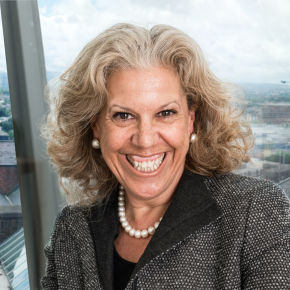 Appointed as a Independent Non-Executive Director on 25 June 2015.

Stevie is a respected Board Director with broad Executive and Non-Executive experience across the private, public and not for profit sector. She was previously CEO of Clear Channel, the world’s largest out of home company; then of Future PLC, an international media company where she led its digital transformation.