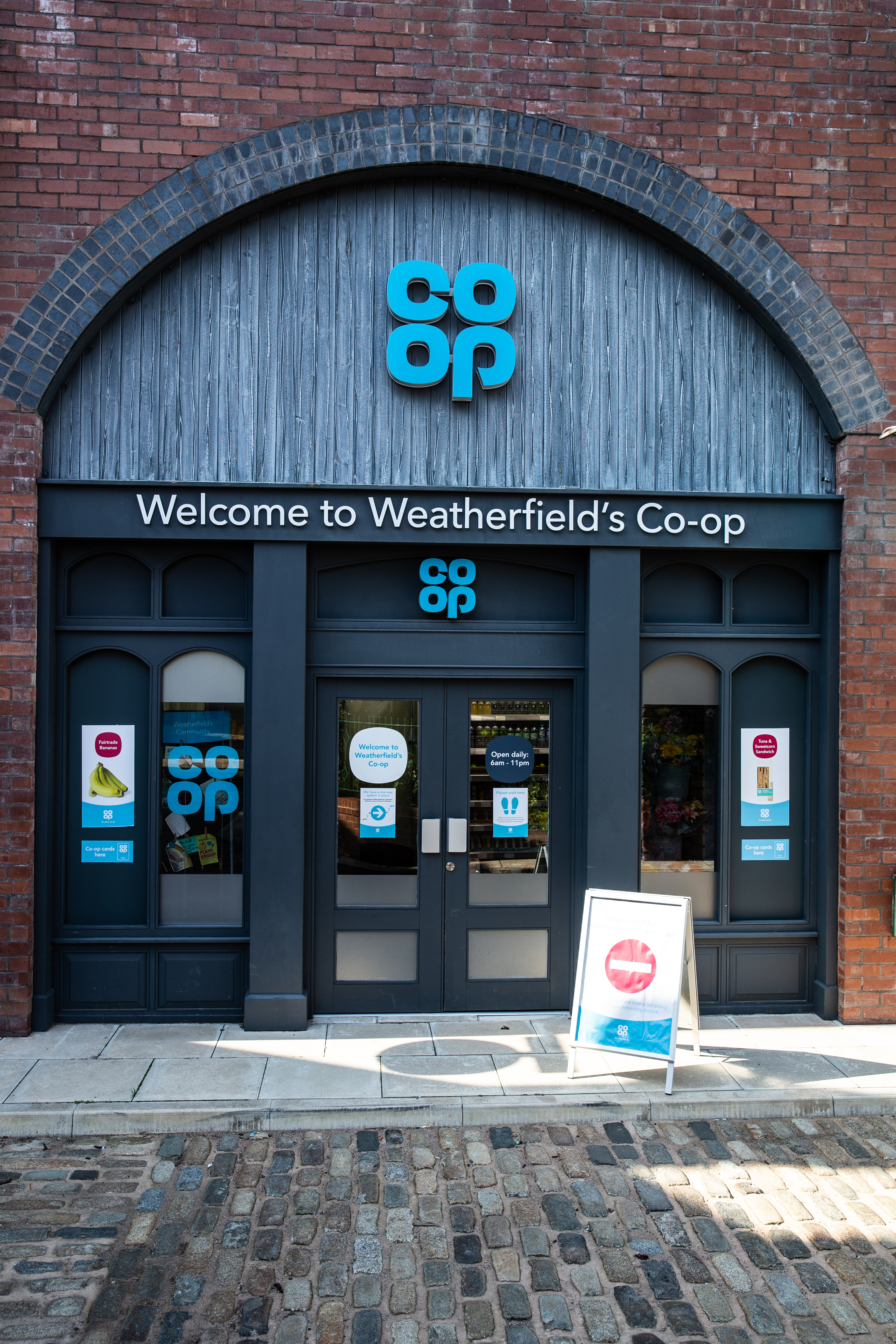 Today Co-op and ITV have announced the renewal of their landmark partnership, following three successful years since the iconic Co-op Weatherfield store debuted on Coronation Street.

The UK’s leading convenience retailer and Britain’s longest running soap embarked on an ITV-first product placement partnership in 2018, which introduced a fully branded Co-op store to the famous street, with other assets such as shopping bags integrated across the well-loved show.

As part of the new three-year deal, the Co-op store and bags will remain a firm fixture on the soap with the new addition of Co-op branded delivery bikes to reflect the retailer’s growth into the online and rapid delivery market from its stores across the UK.

Alison Jones, Customer & Community Director at Co-op said: “Co-op’s partnership with ITV’s Coronation Street has really resonated with our customers, bringing together two iconic and northern institutions that are built on community spirt. The relationship has unlocked so many fantastic opportunities, not only for the brand, but also our members, with exclusive product launches and money can’t buy opportunities to engage with the cast.”

Alongside product placement on the soap, the agreement includes digital and brand-licensing aspects, enabling Co-op to use Coronation Street assets and extend the partnership off-air. Since 2018, Co-op has introduced two licensed food lines to its award-winning food-to-go and ready meal ranges. The Coronation Street Chicken Sandwich – based on the classic Coronation chicken sandwich filler – and Betty’s Hotpot – an exclusive ready meal inspired by the iconic soap character, Betty Williams – both launched in stores with a positive response from Co-op members and customers.

To celebrate the soap’s 60th anniversary in 2020, Co-op launched an exclusive Coronation Street shopping bag to commemorate the remarkable milestone. The convenience retailer also provided an exclusive opportunity for its members to meet ‘Corrie’ stars live on Zoom. In addition to this, a fleet of 22 Co-op delivery lorries were given a Coronation Street re-design and travelled the length and breadth of the country making deliveries to Co-op stores across the UK.

Jones continues: “We’re set on incorporating Co-op’s visions for sustainability, access to food, education and positive mental health into our activations in the next phase of our partnership, while also focusing on our Co-op membership too. We’re looking forward seeing where the next three years will take us and we can’t wait to bring our members and customers on the journey with us too.”

Mark Trinder, Director of Commercial Sales and Partnerships, ITV said: "When we first partnered with Co-op three years ago it was part of the biggest product placement ever on British TV and it's been fantastic to see it grow and develop both on and off-screen. I'm delighted that Co-op will be continuing on the cobbles and look forward to working together further."

First broadcast in 1960, Coronation Street is the longest-running soap on British TV and the most watched soap in the country. Product placement (PP) was introduced in the UK in 2011 and ITV led the way with the very first PP on British screens. In the same year the first peak time product placement was introduced in Coronation Street and since then ITV has brought together brands and programmes with PP agreements across the ITV schedule.