Co-op has today (Thursday 2 January 2020) revealed major online expansion plans as it dishes up more same-day delivery services in towns and cities across the UK and, what’s believed to be, the biggest rollout of vegan products.

The retailer has announced that in 2020 it will offer same-day online city-centre deliveries from 650 stores and take a bite out of the growing meat-free food market with an exclusive new brand, called GRO. It will be launched in-store in January and will be available at up to 6,000 Co-op and independent stores.

The vegan range meets the growing demand for vegetarian and plant-based alternatives, as exclusive research from the Co-op’s Ethical Consumerism report* reveals that the market has topped £1BN for the first time ever and has more than doubled in the last 20 years, up from £452M in 1999. In just 12 months, Co-op’s findings reveal that vegetarian product sales have risen by over 12 percent and non-dairy milk alternatives have seen a 14 percent uplift.

Jo Whitfield, CEO Co-op Food, said: “At Co-op, we make it easier to get products when you need them and we stay close to our customers changing requirements.

“We have to provide fantastic products and services with strong ethics and a purposeful focus on convenience. Our new vegan range taps into the latest consumer trends and our online services meet the growing appetite for fast home deliveries.”

Over the next 12 months, Co-op’s online same-day delivery services will be available across almost 100 towns and cities, served by 650 Co-op stores. The rollout includes services from Co-op’s own dedicated online shop, known as shop.coop.co.uk, which uses low emissions transport including eco-friendly bikes.

In January 2020, Brighton, Bournemouth, Southampton will be among the first new cities to get the service, which is currently only available in London and Manchester. In all, Co-op’s online shop will available from around 250 stores. 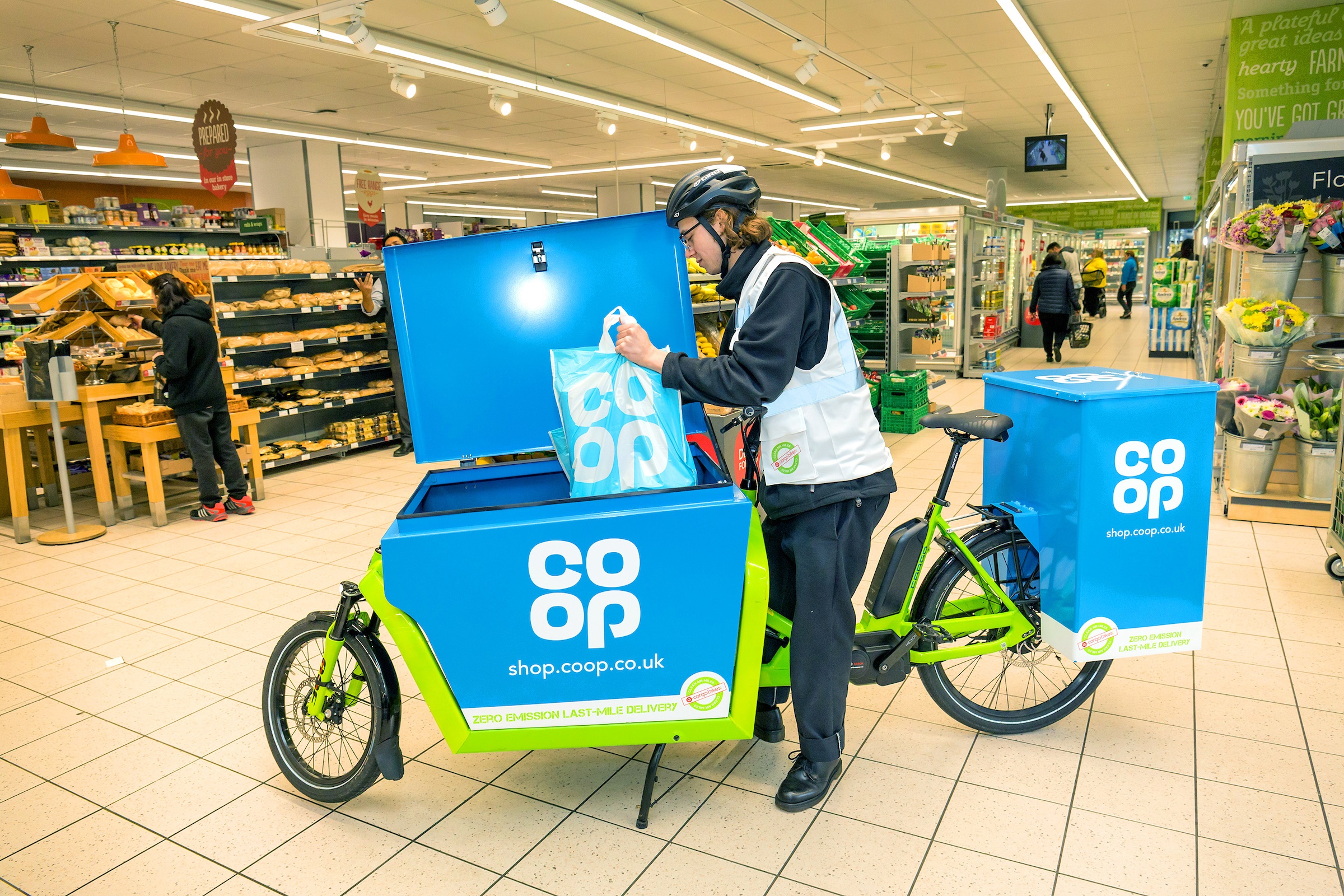 Co-op will also expand its partnership with Deliveroo, which provides on-demand delivery of convenience grocery essentials in under 30 minutes. Ordering through Deliveroo will be extended to 400 stores, reaching around 100 major towns and cities. With Co-op, Deliveroo offers quick, point-to-point delivery of a range of non-perishable items via its rider network, catering for customers who want a quick, impulse buy rather than scheduled same-day delivery.

And among the thousands of products which will be available online, will be Co-op’s new vegan range, called GRO. It features over 35 meat-free products and will be stocked in 2,000 Co-op stores and in up to 4,000 independent retailers through Co-op’s wholesale operation, NISA. It is believed to be the largest ever product rollout of own-brand vegan products by a supermarket and takes Co-op’s total food and wine vegan range to over 1,000 products. In addition, all Co-op’s beer and cider range will become vegan in 2020 while it already offers almost 120 vegan wines.

The new GRO range caters for the growing appetite for plant-based food and the new brand, exclusively by Co-op, is designed with the convenience shopper in mind. GRO has been developed to take inspiration from some of Britain’s favourite dishes to create delicious plant-based alternatives, such as the classic chilli con carne and sticky toffee pudding.

More than 35 lines in the GRO range have been created with busy and on-the-go shoppers in mind, with meal solutions for breakfast to dinner. The new range brings lots of innovation to the plant-based category, including a vegan steak bake, a delicious Kashmiri pizza featuring cauliflower and a mozzarella looking vegan cheese.

The full range of more than 35 GRO products will be available in 300 Co-op stores across the UK whilst selected lines will be stocked in 2,000 Co-op stores and up to 4,000 independent retailers from Wednesday 8 January.