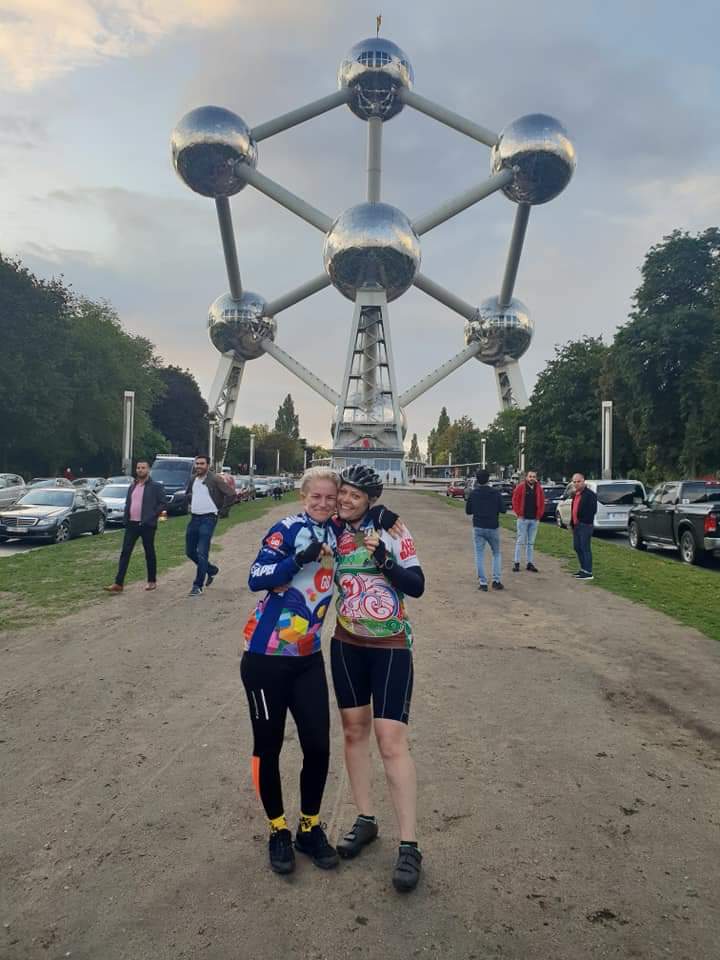 A Preston duo have raised over £4,000 for their local Salvation Army food bank.

Rachelle and Rebecca, who were part of a team of 20 fundraisers, started their ride in London and cycled up to Harwich in Essex where they caught the ferry to Holland. The duo then went on to cycle through Amsterdam and Breda before arriving in Brussels four days later.

“We joined 18 others to raise money for various charities close to our hearts. Rebecca and I chose Preston’s Salvation Army as it’s an amazing charity that provides much needed support, information and assistance for people who need it.

“It was a long, and very tough four days for both of us. Cycling is not a hobby of mine, nor do I particularly enjoy the activity so it was always going to be a challenge, but when I tore a ligament in my foot on day two, it was only going to get harder!

“We’re both so overwhelmed by the amount of money we’ve been able to raise so far and it’s definitely proved to have been worth the pain we both endured! As a group of 20, so far we’ve raised over £40,000 for various charities across the country.”

“We’re all so proud of our colleague Rachelle and her friend Rebecca. At Co-op Funeralcare, we’re always looking for new ways to support charities that have an impact on our local communities and it’s amazing that they’ve been able to raise such a large amount of money for the Salvation Army.”