Disney Princesses and Pork Pies: Co-op reveals its most unique send-offs during lockdown 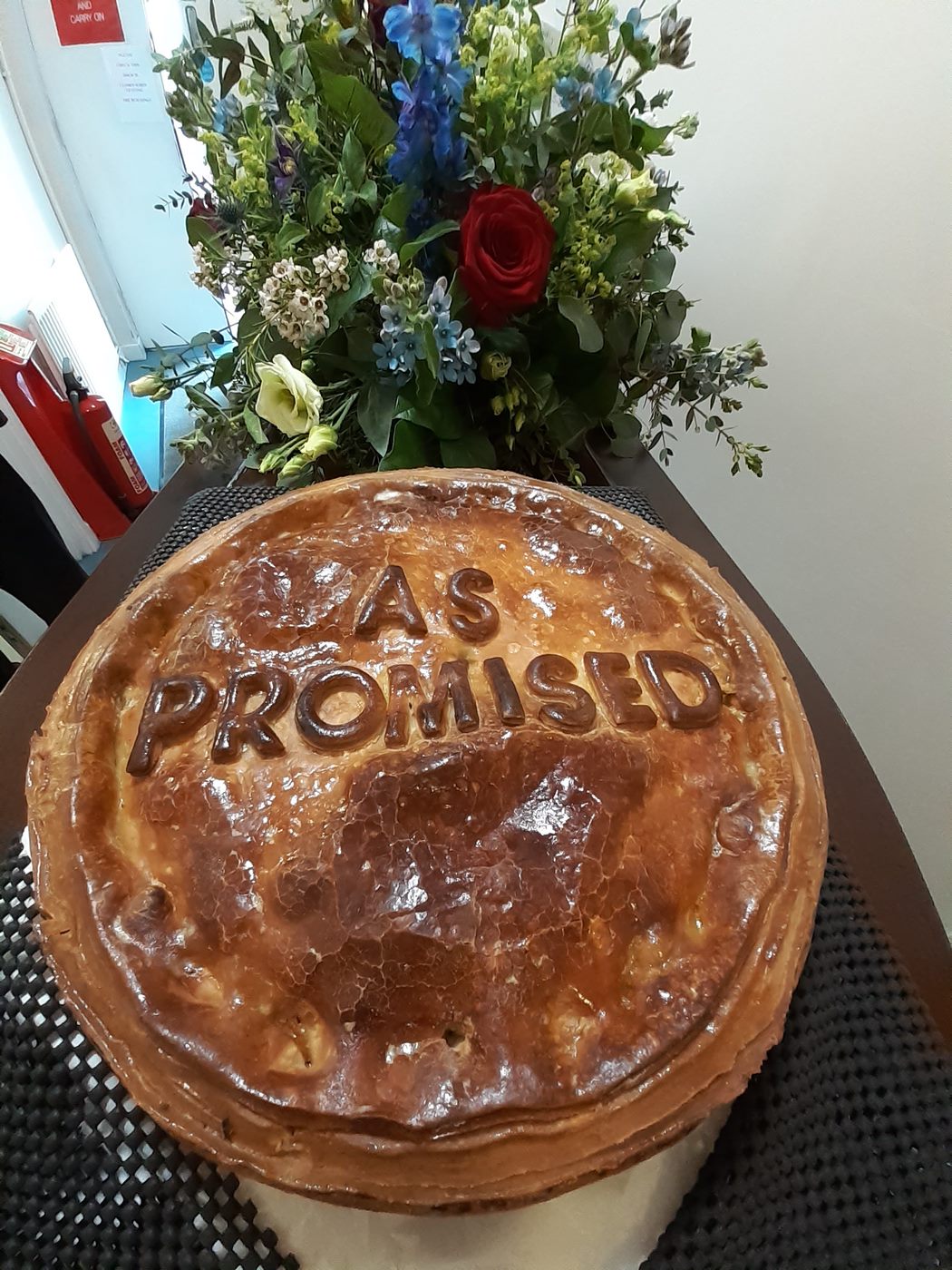 The UK’s leading funeral provider, Co-op Funeralcare, has revealed details of some of the most unique and special send offs it has arranged for bereaved families since UK lockdown began on March 23 – helping families overcome present funeral restrictions and say a last fitting goodbye.

Giant Pork Pie – When Alec Paton, 76, was diagnosed with cancer three years ago, he began planning his funeral and had a rather unusual final request – for a giant pork pie to be placed on his coffin. An Open All Hours fanatic, Alec’s idea was inspired by his love of the ‘well catered funeral’ episode, which saw Ronnie Barker’s character, Mr Arkwright, putting a buffet into the back of a hearse.

Disney themed Funeral - Jade Ellis passed away suddenly aged 36 in April. The wife and mother of two was a Disney fan. Wanting Jade to have the most imaginative and fitting send-off possible, her family chose to have a Disney-themed farewell, including a coffin decorated with her favourite Disney characters. Mourners dressed up as Mickey and Minnie Mouse and a Disney princess led her coffin through the local community. Family and friends who were unable to attend the service paid their respects and lined the streets. A lorry with speakers formed part of the cortege and played iconic soundtracks from the hit film Moana.

At One with Nature – A natural woodland burial was held for 82-year-old Eileen Bell in Belsay, Northumberland, with just one mourner present – her beloved son, Matthew. Eileen’s daughter was not able to attend as she has diabetes and considered high-risk.

Although a small gathering of up to ten mourners were allowed, the family opted for an intimate setting and secluded, ecologically friendly service. Eileen’s naturally woven basket coffin was carried by a pony into the beautiful, tranquil countryside for a private final farewell between mother and son.

Family Photos on Chairs – Jean Brackenbury, 84, moved to West Sussex from Grimsby so that she could spend lockdown in the company of her son Alan and daughter-in-law, Pat. Sadly, Jean had unknowingly contracted Coronavirus and died. Jean’s funeral took place at Chichester Crematorium. Because of the restrictions on funeral numbers, coupled with the fact that most of her family lived up north, Alan and Pat thought it would be a beautiful idea to place a photograph of every family member and her friends on the seats in the crematorium. Jean’s service was live streamed so that loved ones could feel part of the service on the day.

"The way we are arranging funerals has changed because of lockdown, but despite current restrictions, families can still hold services for loved ones that truly represent them and celebrate the unique lives that they led.

During lockdown, bereaved families continue to amaze us with their imaginative and personalised tributes for their next of kin. They are embracing the parts of the day that they can control in order to say their best possible goodbyes and honour those they love and miss so much.”

Details of the tributes have been revealed as the Co-op adapts its services for bereaved families impacted by the UK lockdown.

Co-op has introduced a cortege service to help families opting for direct cremation to arrange a last journey for their loved one, be that to the family home or another place of significance. In response to changing demand for services, Co-op has also become the first national funeral provider to introduce a direct burial service. This is a burial without an attended service, with the option for families to arrange a final journey for their loved one.

To help families that would like to create a full memorial service for their loved one once the restrictions are lifted, Co-op has also introduced future remembrance services.

Notes to Editors: For further information and to arrange interviews please contact:

About the Co-op The Co-op is one of the world’s largest consumer co-operatives with interests across food, funerals, insurance, legal services and health. It has a clear purpose of championing a better way of doing business for you and your communities.

Owned by millions of UK consumers, the Co-op operates 2,600 food stores, over 1,000 funeral homes and it provides products to over 5,100 other stores, including those run by independent co-operative societies and through its wholesale business, Nisa Retail Limited. It has more than 63,000 colleagues and an annual revenue of over £10 billion.