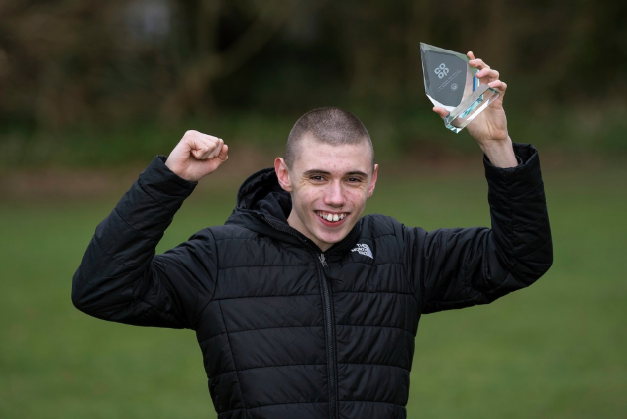 A schoolboy from Wolverhampton in the West Midlands has been crowned as the regional winner in the UK’s Young Neighbour of the Year Awards hosted by Co-op Insurance and Neighbourhood Watch. He has been awarded the accolade for taking care of his elderly neighbours and raising over £40,000 for 18 different charities.

Louis Johnson, 15, who is a pupil at Smestow Academy, took it upon himself to help look after his neighbours in the height of lockdown; tending to their gardens as well as making sure they all had enough food. As well as this, over Christmas, he ensured all the neighbours received Christmas presents and he regularly chatted with them over their front gates. Most of his neighbours live alone with no family nearby, and Louis was the one that kept them going through lonely times, and still does.

Not only tending to his neighbours, but Louis also helps people sleeping rough in his area, by providing food and bedding for them to ensure they are warm at night. As a result of his dedication to helping his community, Louis won the West Midlands Police Crime and Commission Young Citizen Award for everything he did. He also received the British Citizen Award in 2016 at Westminster Palace.

Louis said: “I am so happy to have won the Young Neighbour of the Year Awards in West Midlands - it was such a surprise! I don’t do the nice things around the community for recognition, I just genuinely enjoy making sure that people are comfortable and have everything they need.’’

Louis was nominated for the award by his mother, Teresa, who said: “I am so proud of Louis and everything he has accomplished through his acts of kindness, he really goes above and beyond to help the members of his community during a particularly challenging time. He is so thoughtful and generous with his time, and I look forward to seeing what he does next! I am one very proud mum!’’

Charles Offord, managing director of Co-op Insurance, said: “The number of entries we received this year was amazing to see. It’s clear that so many young people are doing great things as neighbours, and Louis really stood out and can be very proud of the way he is there for this community. It was heart-warming to read his story and all the stories of the amazing work of young people all over the UK.”

John Hayward-Cripps, CEO of Neighbourhood Watch, said: “We are thrilled to crown Louis as our Young Neighbour of the Year Awards winner in West Midlands. His hard work and passion for helping his community shone through and we hope his work will inspire many other young people to get out in their community and make a difference.”