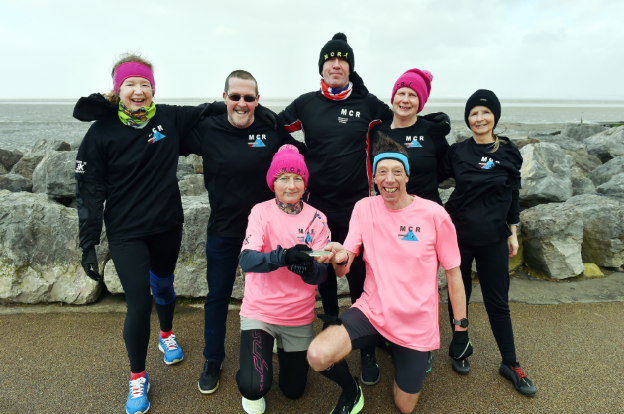 Morecambe Community Runners from Morecambe have been crowned as the regional winner in the UK’s Community of the Year Awards hosted by Co-op Insurance and Neighbourhood Watch, for establishing a running club that encourages people who want to improve their mental health to go running.

The group is free and run by the community for the community, with local police, probation, and recovery groups linking people into them who are at risk, helping them to become healthier and happier people. More than 400 people have competed and participated in the club’s C25k programme to date with an 85% pass rate.

Stuart Nevin, the nominator and also a runner from the group says: “Since the pandemic, running has become a massive trend - but for our running group it wasn't about that. I initially set up the group as I wanted to encourage people and teach them about the benefits of living an active life, and how this can support positive wellbeing. I also wanted the community to share in the simple love that running can give. Our key aim was to provide a place where people could clear their head and connect with others, so winning the Community of the Year Award will allow us to continue to grow and help others.

I am so pleased that we won, and I hope that with this it will help more people to understand the benefits running provides. I’m glad to have been a part of spreading the word, and with the help of our group volunteers, over the past 2 years we have further flourished by utilising constructive leadership methods - can’t wait to see this continue.’’

Charles Offord, managing director of Co-op Insurance, said: “We received so many entries for Community of the Year, as around the UK there are so many communities doing things that should be celebrated. The support that the Morecambe Community Runners are giving to those around them is invaluable. Mental health is such an important issue and I am pleased that it is being recognised as something that needs support.”

John Hayward-Cripps, CEO of Neighbourhood Watch, said: “We are thrilled to crown the Morecambe Community Runners as the 2021 Community of the Year! They have done so much to support those around them, and I hope that this recognition will enable them to support even more of those who join them. Setting up a club is so inspiring, and I hope that more communities across the UK feel inspired by this.”