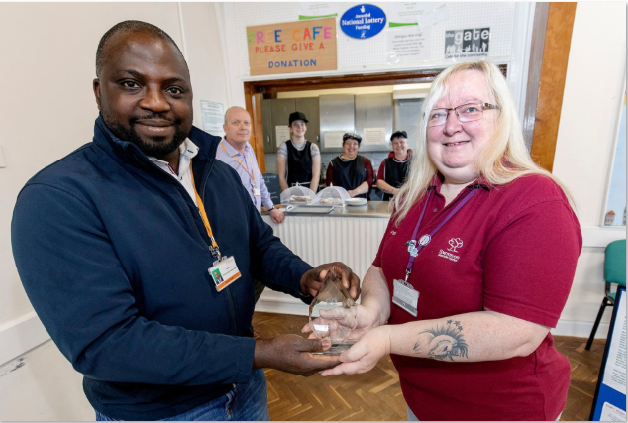 Penhill Community Street Reps from Swindon in Southern England have been crowned as the regional winners in the UK’s Community of the Year Awards hosted by Co-op Insurance and Neighbourhood Watch, for their ‘Playing Out’ sessions.

The Penhill Community Street Reps, with 28 members, created Playing Out as a way to give children of similar ages the opportunity to play outside safely and interact with each other. Streets are closed for a few hours to allow the children a safe place to play, and also parents are able to meet other new people in their neighbourhood, helping to work towards a sense of community.

Street Reps involved in the activity also clean up their local area through litter picking and hedge trimming. They teamed up with the council's Neighbourhood Wardens in the area and organised many litter picks. These were focused on areas that needed the most attention, and areas suggested by Wardens.

The community at Penhill are working together to create a safe community and helping those in need. At Christmas, they arranged for 54 food hampers to be provided to community members who needed them. During Covid, the group ran virtual chat sessions for people to ask questions and feel supported.

In 2021, the group supported residents during school holidays with food deliveries, and supported a charity called Night Shelter to put on food share, a much-needed food resource point for residents in and outside of Penhill. They also supported Uplands Educational Trust by making the community centre's garden a more congenial environment.

Penhill Community Street Reps member Lisa Steven said: “Speaking on behalf of the team, we love our community, and we want to make sure that those living in and around it love it too. You need to appreciate the places where you live, and if you have something to be proud of, or a goal to work towards, it makes this easier. To hear that we won Community of the Year for everything we do in the community was amazing - we don’t do it for praise, but simply because we enjoy seeing the smiles on peoples’ faces.”

Oladapo Ibitoye, the nominator for the group adds: “I am honoured to have been a part of getting this incredible group of people the recognition they deserve. The Penhill Community Street Reps put the needs of others far above their own, this award is thoroughly deserved.”

Charles Offord, managing director of Co-op Insurance, said: “We received so many entries for the Community of the Year Award, as around the UK there are so many communities doing things that should be celebrated. The support that the Penhill Community Street Reps are giving to those around them is invaluable. It’s incredible to see a group of people so dedicated to making their local area safe, and an enjoyable place to live.”

John Hayward-Cripps, CEO of Neighbourhood Watch, said: “We are thrilled to crown the Penhill Community Reps as the 2021 Community of the Year! They have done so much to support those around them, and I hope that this recognition will enable them to grow and continue the incredible work in their community to make it a cleaner, safer and friendlier place to live.”

“It is clear to see how hard the Penhill Community Street Reps work in their community to make it a cleaner, safer and friendlier place to live, and we are thrilled to announce that they have won Community of the Year for the region.”