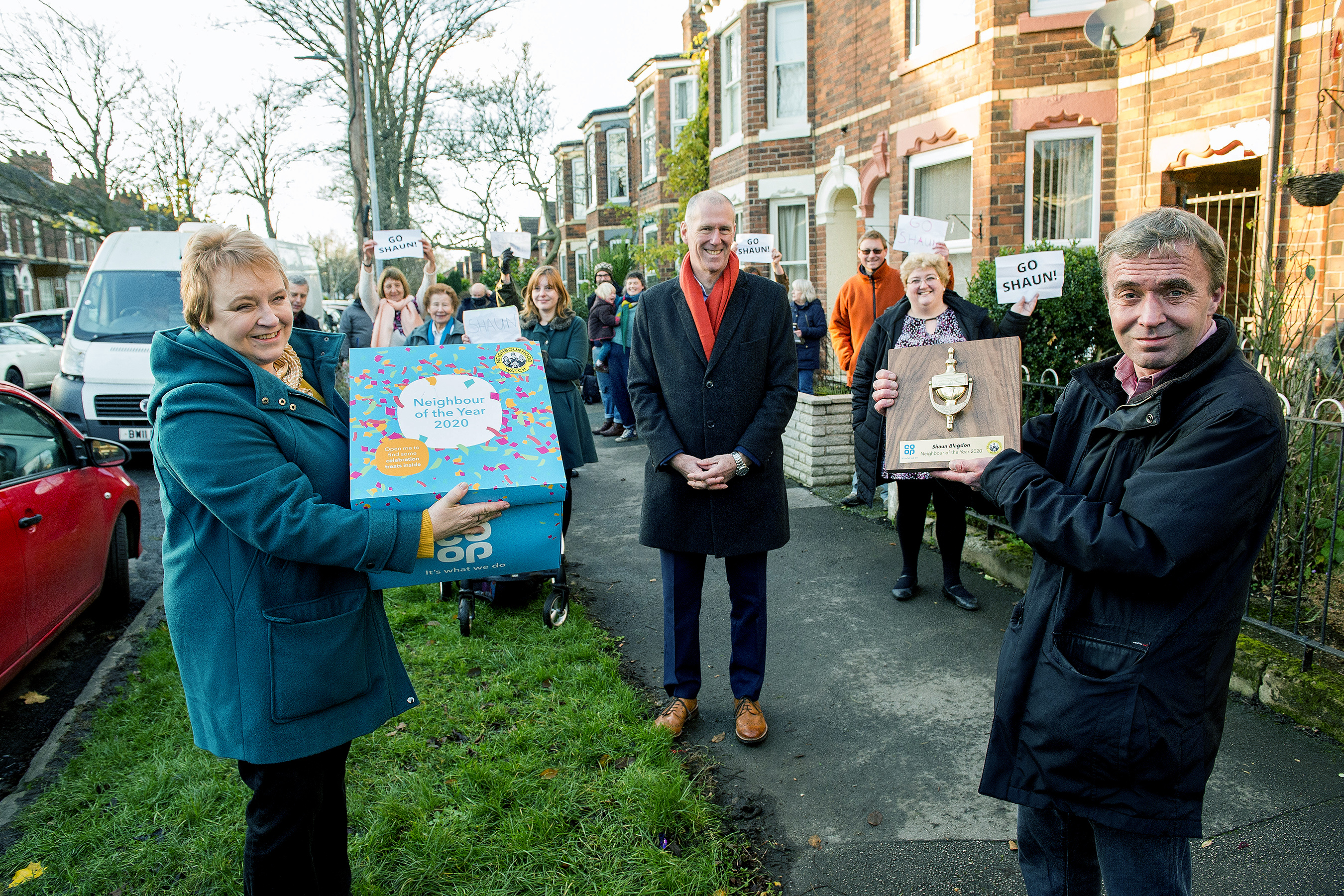 New data from Co-op Insurance and Neighbourhood Watch warns that the surge in neighbourliness seen in the Spring hasn’t been sustained, as pandemic fatigue sets in across the UK.

During the peak of the first national lockdown in April, data from Co-op showed a spike in neighbourliness, with almost three quarters (72%) of UK adults saying they knew which of their neighbours was classed as high risk.

After seven months of pandemic restrictions, this figure has seen a dramatic fall, with only a quarter (26%) of a sample of 2,000 UK adults revealing they know which of their neighbours are at risk.

Further to this, of those people who have given support to neighbours during the pandemic, the reasons for doing have now changed following months of restrictions.

During the first national lockdown, 31% of UK adults said they had checked in with a neighbour who lived alone as a way to help combat loneliness. Now, months later, this figure has declined by a third, with only one in five say they have done the same.

Ellis German, Home Insurance Executive at Co-op Insurance said: “Our latest research into neighbourliness shows the UK’s neighbourly spirit has, worryingly, plateaued over the course of the year. The length of time of the pandemic, the personal impact on everyday lives and the shorter days and colder weather are all key reasons for why we’re seeing this.

“We’re heading into a time when millions of people are facing into a winter of loneliness and isolation, and with further tiered restrictions in place for neighbourhoods across the UK, we’re urging people to look out for each other.”

Existing Co-op’s research into loneliness has shown the devastating impact this can have in terms of mental and physical wellbeing, with over 9 million people in the UK saying they are always or often lonely. Worryingly, three quarters (75%) of those who are lonely on a regular basis do not know where to turn for support, making neighbourliness a vital and necessary tool to help combat this.

The research into neighbourliness was conducted as part of Co-op Insurance and Neighbourhood Watch’s Neighbour of the Year Awards. Shaun Blagdon, from Hull, has been announced as this year’s winner as part of an initiative intended to celebrate those who go above and beyond to support their neighbours.

As the nation went into lockdown in March, Shaun rallied his neighbours together to form a network of community volunteers who helped support vulnerable and shielding neighbours. The scheme was so successful that it became part of the City of Hull's official response, while many of the 400 volunteers in the group have become firm friends as well as good neighbours.

Shaun has been awarded the title by a panel of judges from Co-op and Neighbourhood Watch for illustrating the possibilities and the positive impact neighbourliness has on those living around us.

Shaun Blagdon, Neighbour of the Year 2020, said: “It’s such an honour to have won this award - 2020 has been such a strange year for everyone and it’s been a pleasure to spread a little bit of joy to my neighbours. I really believe that being a good neighbour is about looking out for each other, and I hope I’ve encouraged people to actively get out and support their community – even virtually.”

Co-op and Neighbourhood Watch are calling on people throughout the UK to reconnect with neighbours this winter to help start building back better in local communities.

John Hayward-Cripps, CEO of Neighbourhood Watch, said of this year’s awards: “There have been some amazing entries this year, with some clear local heroes doing amazing deeds across the country right now.

“With the Co-op, we really urge everyone to be as supportive of each other as possible and be truly vigilant. It will be a very challenging Christmas for so many of us.”

Ellis added: “We’re urging people to band together and keep up neighbourly spirits this winter, especially with neighbours who are vulnerable or alone, whether that’s by having a friendly chat over the garden fence, checking in to see if they need food or medicine dropping off or by keeping in touch online.”

The annual Neighbour of the Year awards, which this year saw entries double to a record high, are being back by actress Catherine Tyldesley who said: “It’s heartening to see that neighbours like Shaun exist and are being recognised for the great work they’re doing to create communities where everyone feels safe and part of something.

“That’s why it’s really important, especially at this time of year, that Co-op and Neighbourhood Watch are encouraging people to check in with neighbours who might be in need of a friendly face.”

To speak to Co-op’s Neighbour of the Year, or for further information on our research, contact:

Notes to Editors An online survey was conducted by Atomik Research among 2005 adults aged 18+ from the UK. The research fieldwork took place on 18-21 September 2020. Atomik Research is an independent creative market research agency that employs MRS-certified researchers and abides to MRS code.

As well as having clear financial and operational objectives, the Co-op is a recognised leader for its social goals and community-led programmes.

About Co-op’s work with communities At Co-op there are a number of ways we’re bringing people together to improve community wellbeing, such as such as our 1,000 Member Pioneers across the UK increasing co-operation locally, to our online community centre, Co-operate, with over 3,000 community groups making good things happen