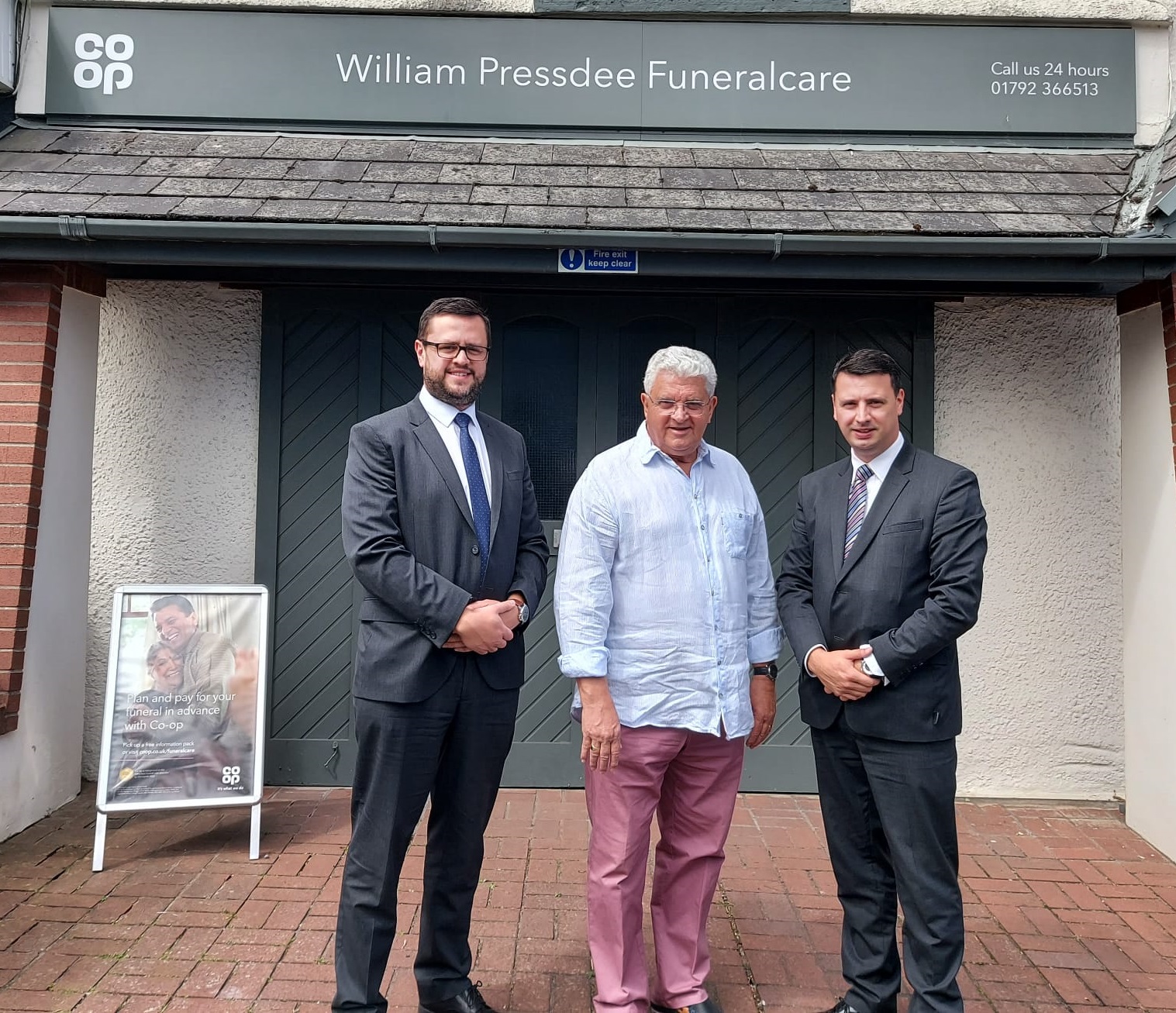 For Swansea brothers James and Edward Murray, it was perhaps inevitable that they would both pursue a career in the funeral sector, following in the footsteps of their funeral director father who managed Co-op Funeralcare’s William Pressdee home in Mumbles, Swansea until 2018.

James, 36 and Edward, 33 were used to Paul, now 69, a well-known member of the community, being on call at all times of the day and night. And when not at school, the young brothers would accompany him to the funeral home where he’d ensure they were busy cleaning hearses or learning how to line coffins.

However, their pathways into the profession did have some deviations with James opting to study design at university before going on to do a Masters in product design at the University of Trinity St David and ultimately working for a waste management company.

Also a talented singer, he was trained by his choirmaster at St Mary’s Church in Swansea from the age of 13. Just three years later, James performed on the backing tracks of Katherine Jenkins' album ‘Second Nature’ with the National Youth Choir of Wales and also at the Royal Gala opening of the Wales Millennium Centre in front of the Queen, Prince Charles and the late Prince Philip in 2004.

The baritone famously became known as The Singing Undertaker during lockdown for fulfilling the wishes of bereaved families by singing live versions of hymns such as Welsh hymn Calon Lan at their loved one’s funerals.

Talking of his radical career change, James, who now lives in Ammanford with his wife and two young sons, says: “When my father retired from William Pressdee four years ago, I decided the time was right for me to return to my roots and take over from him. He’d been working in the funeral home since 1985 but the original owner had to sell up after falling ill and there was no one in his family who could take over. Co-op Funeralcare had a long history and a good name in the funeral world so he decided to sell to them in 1987. My father was then invited to run the business and – 18 years later – I followed in his footsteps.

“Edward and I are incredibly humbled to help families across South Wales at some of the most difficult times of their life and it’s a real honour to play a part in giving their loved one the best possible final farewell. I know Dad is extremely proud that we’re carrying on the family tradition.”

Meanwhile younger brother Edward, who now lives in Penlleargaer with his wife, originally took on an apprentice mechanic role working at South Wales BMW for five years before realising his true calling.

In 2014 he joined Co-op Funeralcare as a funeral service operative and today is a care logistics lead at its Cardiff care centre which oversees funerals across seven homes in the region serving communities right across Cardiff, Hereford and Worcester.

He says: “Deep down I always knew I would come back to funerals. It’s what I’ve always known and what I’ve grown up with. I love being part of the Murray family funeral dynasty – my Dad was a key part of our community growing up and I feel that James and I are continuing his legacy by supporting people right across South Wales – it’s in our blood!

“A career in the funeral profession is so incredibly rewarding and I’d encourage anyone who has an inkling that it might be for them to go for it. Our homes really are focal points in the community and I have the privilege of meeting people from all walks of life on a daily basis. We’ll be here to support them for decades to come.”